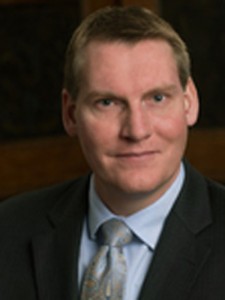 Michael Shubeck is a graduate of the University of South Dakota School of Law. He is a farmer’s son and learned the value of hard work helping his father with his cattle and farming operation.

He is responsible for recovering more than a million dollars for his clients. From the beginning of his practice he has been at the heart of high profile South Dakota litigation. Michael helped defend a prominent South Dakota real estate developer against over one hundred claims of construction defects and fraud. He worked to convince insurance companies of their contractual duties, obtained a favorable settlement, and then pursued the insurance companies that did not honor their agreements. In the end, his client received a favorable outcome.

Michael has participated in ten appeals in South Dakota, California, and certiorari to the United States Supreme Court.

“I was more then happy with the settlement I received. They got me all that I needed.”
— Joan
see more quotes

“I was very pleased with both Mr.Yates services and the outcome of my case.”
— Carlos
see more quotes